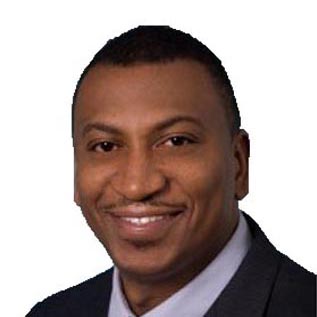 Dr. Arthur W. Martin was born on the island of St. Kitts which is located in the north eastern Caribbean. There he received most of his secondary education. In 1988 he attended the University of the Virgin Islands where he majored in Chemistry; in 1990 he transferred to the City College of New York where he majored in Chemical Engineering with a minor in Chemistry. He always believed that summer was a time to gain work experience. So in the summer of 1990 and 1991 he worked at the Dolphus Milligan Research Institute with Dr.Henry McBay under an NSF-Undergraduate Research Grant in Chemistry. In the summers of 1992 and 1993 he was able to receive summer internships at Corning Incorporated due to the two previous summers of his academic summer internships.

Arthur has had 13 years of industrial experience. He has contributed significantly to several cutting edge technologies. He began a cooperative employment at Corning Incorporated in1994 before relocating to Morristown, New Jersey to work for Allied Signal in Liquid Crystal Display Technologies. In 1997 Dr. Martin accepted a position as a Development Scientist working on continuous wear hydrogel contact lens. In 1998 he received his Masters Degree in Polymer Science & Engineering from NYU-Polytechnic University. In 2000 he was offered a position at IBM as an Advisory Scientist working on low-k polymeric materials for inter-level dielectrics for semi-conductors where he led the development effort to bring high speed computers. In 2003 Arthur decided to pursue his passion and enrolled in a PhD. Program at NYU-Polytechnic University where he worked on the Protein Engineering of cutinase enzyme for the degradation of polyesters and their application in drug delivery. In 2006 after completion of his PhD in Material Chemistry he joined Corning Incorporated as a Senior Research Scientist where he is working on a significant area that would impact this generation and future generations to come. Arthur is involved in designing novel chemistry and engineering in-vitro surfaces for stem cells for drug discovery and therapeutic value and was promoted to Group Leader of Bio-surface Process in Corning Life Sciences Division where he leads development effort to commercialize stem cell surfaces. He certainly thinks this would be a game changing technology that would revolutionize the health industry with huge global implications. Arthur has several scientific publications, 8 granted patents and has11 published patent applications both United States and World in the area of biomaterials for drug delivery and stem cell technology.Arthur has dedicated his life to mentoring young African American men and women in science & engineering and currently advices and supports historically black colleges and universities. In his spare time he enjoys political discussions, debating, spoken words poetry,tennis and basketball. He is an avid Jazz listener and collects jazz.Arthur is a proud father of four children, Charisse 13, Justin 10, Kaelin and Kristin 4. He lives in Corning, New York and is married to Judene his wife of 7 years. Arthur enjoys life to the fullest and believes that the most important resource given to mankind is its people. That is why he cares about investing in our children, that is, the children of the Caribbean.