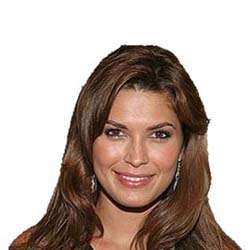 Yostin Lissette “Justine” Pasek Patiño is a Polish-Panamanian model, philanthropist and beauty queen who was crowned Miss Universe 2002. Originally the first runner-up at the Miss Universe 2002 competition, Pasek became the first ever runner-up to be crowned the winner after the dethronement of original winner Oxana Fedorova.[1]

Pasek was born in Kharkiv, Ukraine to a Panamanian mother and a Polish father; her mother was a homemaker, while her father was an engineer. Despite her birth name being Yostin, Pasek was raised being affectionately referred to by her Polish name Justyna. She is the eldest of three children and only daughter; her two younger brothers are Edward and Alvaro. The family resided in Ukraine for one year, and later moved to the village of Wożuczyn, near Zamość in southeastern Poland, close to the border with Ukraine. After her mother finished her studies in chemistry, the family left Poland and settled in Panama City, where Pasek was raised.[2]

Prior to pageantry, Pasek worked as a professional model in Panama City; she appeared in television productions and fashion shows. Pasek had planned to complete a university degree in environmental engineering in New Zealand with her brothers, and later work for the Smithsonian Research Center.