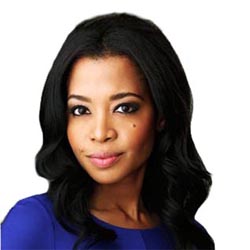 Kareen Wynter, a general assignment reporter for Los Angeles based television station KTLA was born on the Caribbean island of Jamaica.[1] Kareen graduated magna cum laude with a Bachelor of Arts in psychology from Boston College. She also has a Master of Arts in broadcast journalism from the S.I. Newhouse School of Public Communications at Syracuse University. In the 1990s, Kareen Wynter worked for WEWS in Cleveland, Ohio. Wynter has reported on the execution of death row inmate Stanley “Tookie” Williams, quadruple murderer and co-founder of the Crips street gang. She also brings regular updates regarding illegal immigration in California. In July 2013, Wynter began working as a reporter for television station KTLA in Los Angeles.[2]

She is the mother of two children.[1]